Chelburn Precision Limited came to being through the vision, skills and determination of Roger Travis. His vision was in recognising the potential of emerging digital technologies in the hands of a skilled and motivated workforce. His knowhow and determination turned the concept into a reality.

Starting in 1982 with a team of eight people, Roger set up Chelburn to provide a service that was lacking at the time, fast turnaround precision machining. Drawing on his many years’ experience learning the engineering business from apprentice level up, he maintained a close eye on quality and service while balancing technology investment and team satisfaction. Resolutely committed to ensuring a quick response to enquiries, a firm delivery date and a no-job-too-small ethic, the company rapidly earned a reputation for quality. Chelburn counted many of the leading firms in the rubber and plastic, textile, oil and gas, and switch gear industries among its earliest customers, including Farrel Bridge, Holroyd, Mather Machinery, Cameron Iron Works, and Ferranti Switch Gear.

Today, Chelburn continues to evolve and adapt to new technologies, trends, and industry developments, not to mention global events. Roger’s son Neil now has controlling interest of the company, having taken over the helm after Roger’s retirement in 2006. Two of the original Chelburn eight are still with the company, alongside an expanded team of more than 30 people.

In an industry which is under relentless pressure to become ever more efficient while the market demands cost reductions, keeping the balance is a moving target. At Chelburn, it is accomplished thanks to the skills of all team members and ongoing technology investment. The company is proud to have more large capacity machines than its competitors, while still being small enough to remain agile and highly responsive.

Through all the changes and challenges over the years, Chelburn’s core principles have stayed constant: maintaining a good, honest rapport with customers and understanding their pain points; this, while continuing to produce high quality components at fast turnarounds. Each individual success is 100% a team achievement. That is why looking after the Chelburn team is a top priority, a fact that is clear by the well-worn condition of one of the most treasured company assets: the original Chelburn tea tray. It began a tradition that continues to this day – the twice daily tea run – and is still brought out on special occasions. Now, wouldn’t that have some tales to tell! 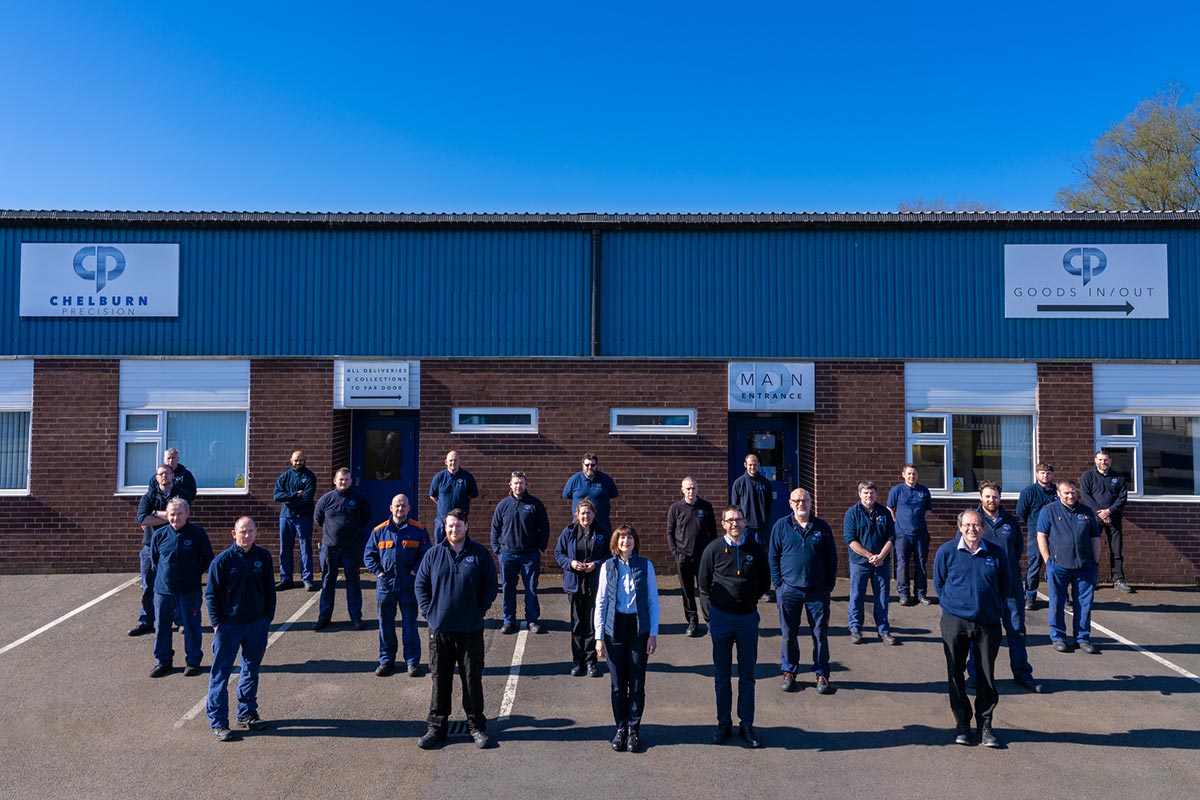